Nowadays due to quarantine everyone has plenty of time and it everyone needs something to pass the time with. Majority of the people are opting out for movies and series. So today we have brought you 5 Best Hindi web series that you can binge watch now.

Sacred Games is the First Netflix original series in India. It is nominated for the Indian web television thriller Emmy. The series is based on the novel of same name by Vikram Chandra.
The series is about the series has brilliant directors, best star cast, and excellent plot. The plot of the series is about friendship and betrayal, glamour and all the gang wars, violence going in Mumbai.
When the first part of series was released it went viral on social media. It received a lot of positive reviews form fans from all over India. It is the first series in India to shoot in 4K.
It is released on Netflix across 191 countries and it has subtitles of more than 15 languages from all over the world.this is one of the best web series in Hindi.

Mirzapur was released internationally on prime and is one of the most watched series in India.it is one of the best  Hindi web series having huge fan base.
Advertisement


The series revolves around the drug underworld in Purvanchal region, the unworthy son of the underworld lord who decided to betray his father for the power and two brothers who were forced to join the drug business.

Viewers are comparing its level with the international crime series as the people have liked it very much.

Its new season is set to come in 2020. The fans are eagerly waiting for the season 2. So you should watch mirzapur soon so you can enjoy season 2 which will come soon. 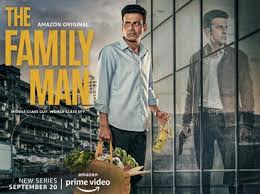 The Family Man is a spy thriller which is created by Krishna and raj who is an award winning duo as they have won many awards earlier.
The family man is a series based on a spy who works for a national intelligence agency. He is a middle class man who has the responsibly of his family as well as to fight terrorism at the same time.

I am sure once you started watching the show you will not want to stop unless you finish the whole series. Every episode of the series is full of thrill and suspense. The series is a must watch if you are fan of spy movies. 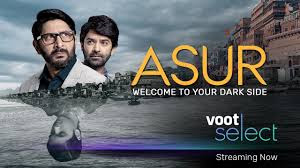 Asur is the first web series of Voot Select,which the latest streaming platform in India. According to the critics Asur is the best Hindi crime thriller series in India. The series takes us to the dark side of the crimes.
The series is a mixture of science and supernatural regional elements so the viewers has to pick a side to stay on. People are also loving the top class acting in the series and the unique story line of the series.

The series is currently trending in India. After watching the series you will surely have the hangover of series for few days in your mind. Criminal justice is an Indian remake of Criminal Justice by Peter Moffat. It is officially streaming on the Hotstar Special.
The series is about a taxi driver who has a drunk passenger and he accidently had a one night stand with her. But when he woke up he found her dead which makes him the criminal.
The whole script revolves around the courtroom drama to prove the driver innocent. The series force us to think who the real criminal is and it is full of thrill to see if he can prove him innocent or not.
If you are a suspense thriller lover this show is a must watch for you.

You can watchthe above shows on:

In which Country, Netflix Provides The Best Anime?

As we all know Netflix is one of the...
Read more
suggestions

10 Funniest Movies on Netflix to Watch Now in 2020 | Moviespotify

Most Funniest Movies Collection Ever“Laughter is the best medicine.” While the whole...
Read more