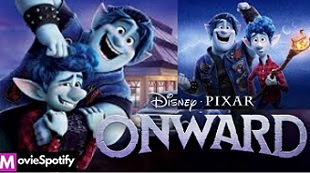 Onward is a magical and adventurous animated movie by Disney and Pixar which was released on 6 March in theatres.

Disney and Pixar keeps on bringing hit animated movies every year which are liked a lot by children as well as by grownups also. Onward is one of the best animated films by Disney and Pixar.
Release date:  6 March 2020
Director:         Dan Scanlon

Onward is the latest and one of the best Magical animated movie of Disney and Pixar. It released on 6 march in the theatres.
Onward movie is directed by Dan Scanlon and story is created with the help of Jason Headley and Keith Bunin. 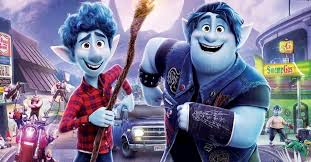 The story of the movie onward is based on the two elves brother. The two brothers Barley Lightfootand & Ian Lightfootlive with their mother as their father died before the birth of Ian. Barley Lightfoot has the English voice of Chris Pratt and Ian Lightfoot has the English voice of Tom Holland.
As Ian has not seen his father as he died before his birth. On his 16th birthday his mother give the brother a magic stick that their father has left for them. By the magical stick they can bring back anyone for one day. So Barley and Ian decided to bring back their father for one day.

The movie is full of comedy not only for children but also for grownups. There are many scenes in the whole movie where you will laugh really hard. The story of the movie is very interesting.
The animation in the movie is brilliant which gives viewers a great experience. Onward has many adventures scene and the quality of animation and background sound doesn’t let the audience to get bored and makes the audience to stick to the movie.

So the movie is must watch even if you are not a big animation movies fan. Also onward is quite trending on internet and has done well on box office.

Onward has done well on box office and is one of the best animated films by Disney and Pixar. Now fans are looking for Onward 2 however fans may have wait long for onward 2 as there is no confirmation on part two and on starting writing of the movie till now.

As previous record Disney takes really long to make sequels of its animated movies like Frozen 2, Incredible 2. Also as of the pandemic going across the world it is sure it is going to take long for Onward 2.

Will Godzilla vs Kong Return for Part 2? Latest Renewal and Release Updates

Godzilla vs Kong Sequel: Everything you should know about...
Read more