The Witcher | Netflix |All Season Review,Story,Cast,Monsters[2020] 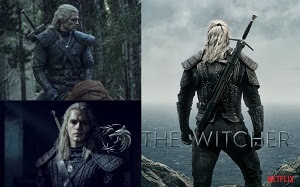 The Witcher is the latest Netflixfantasy drama series which is produced by Lauren Schmidt Hissrich. The series is created on the book named The Witcher by AndrzedSapkowski.
This is a fictional series which is set in the medieval stimulated place called The Continent. The show revolves around the three main characters of the show Henry cavil as Geralt of Revia, Freya Allan as Princess Cirilla and Anya Chalotra as Yennefer. 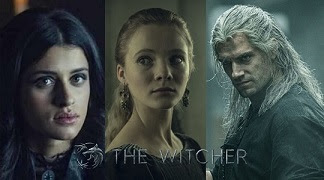 
In the witcher, Geralt of Revia is a mutant having supernatural powers who hunts down evil creature’s foe some coins.
Ciri is the princes (the witcher ciri) who has to run away from her family because her kingdom is attacked by enemies. The destinyof the princess is connected with the Geralt of Revia. The story between this two characters is how they meet with each other at the end.
The third character of the yennefer(The witcher yennefer) who is bought by a sorceress. The sorceress trains yennefer to become a mage.
The story of all three characters is playing side by side but in different point of time. The series has 8 episodes and all the episodes are released on 20 December 2019.

Netflix fantasy series The Witcher released all its episodes on 20 Dec. Since then it is trending all over the internet.
As the series is filmed in the medieval time scenario it takes us to the journey in the fantasy world of the Contenent.
The show has a lot of things going at the same time there are wizards, monsters, witches, dragons and more. The person watching will never get bored at any scene since the show is full of action and thrills from start to end.
The Witcher has received a huge positive response from the fans from all over the world. Since the fans are very disappointed with the last season of Game of Thrones, the fans are comparing the witcher with game of thrones.
Now the fans are eagerly waiting for The Witcher Season 2 as the makers has announced to start the shooting of 2ndseason.

They also announced that the production of season 2 will be starting in London n 2020. After the announcement fans are eagerly waiting for the witcher season 2  as  season 1 was liked a lot by the fans from all over the world.

There is no confirm date announced yet for the release but they will be mostly releasing it in mid of 2021.
The shooting was about to start in 2020 but because of the virus the date of release might be extended.

At the end of the season 1 we seen Geralt of revia and princes ciri has meet with each other and yennefer (the witcher yennefer)fought the battle in which he is exhausted.
As we have seen in season 1 the story revolves around this 3 main character so it is expected that the story of season 2 will continued from where the season 1 is ended.
They might show how the Geralt of reviaprotect ciri from upcoming threats.
The role story of Yennefer in season 2 is difficult to guess they might show her as she helps geralt in saving princess ciri. They might also show her story in depth.
There may be new cast added in season 2but the main cast of season 1 will be there in season 2. There is not any news of removing anyone from the cast of the witcher.

Is there trailer of the witcher season 2?

There is no trailer of season 2.
However Henry Cavill has announced from his Instagram account in early January that he will be joining the shooting of The Witcher Season 2 soon after his Christmas break.

Supergirl Season 7: Everything you should know Supergirl is an...
Read more
Web series

Warrior Season 3: Everything you should know At times, due...
Read more
Web series

Spycraft Season 2: Everything you should know While espionage in...
Read more
netflix

Riverdale Season 5 Filming Locations: Everything you should know The...
Read more