Virgin River Season 2 Netflix Release Date,Will There be a Season 2? 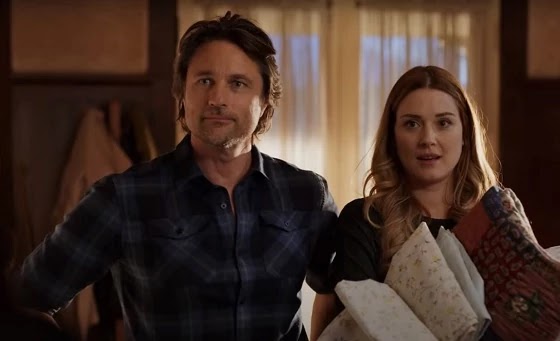 After the huge positive response received by Virgin River season 1 the makers have announced a season 2 of the Virgin River Series.

The Netflix’s Latest Romantic Drama show starring Alexandra Breckenridge and Martin Henderson is set to have 10 episode just like the first season of the series which The streaming platform Netflix confirmed. 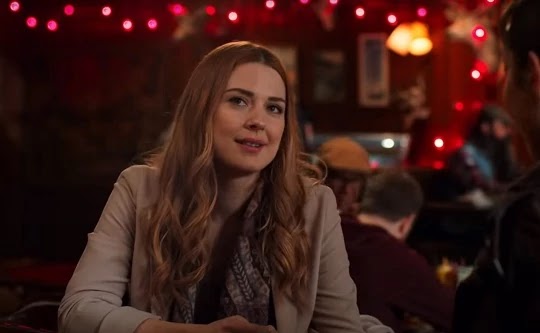 In season 1 of the virgin river directed by Sue Tenney the story mainly revolves around the Character of Melinda Monroe which was played by Alexandra Breckenridge.

In first it is showed that she wants to start her new life so for that she leaves Los angeles and goes to Virgin river which is located in northern California.

There she takes the job of Nurse. But later she encounters some problems which made her realise that life is not as easy as it seems. But later Melinda Monroe finds someone who will motivate her and will help her to stay.

Now what will happen in Netflix’s Virgin River is still a mystery. But the season was mainly based on the novel so if they decided to go with the novel then we will be spending some more time in Virgin River. Means they will continue the storylines of the 1st season.

In last episode of virgin River they showed that Jack tries to motivate Melinda Monroe to stay with him as his past is pressuring him to choose his past.

So we might get to see more about what happens to them how jack will deal with the situations. But still officially there is no confirmation about what will happen in season 2 of Virgin River.

As it is just the season 2 of Virgin River and season 1 also had only 10 episodes there is a lot of story left of many main characters. So we will be getting to see most of the main characters from previous season like :
Martin Henderson, AlexandraBreckenridge, Jenny Cooper, Colin Lawrence, Benjamin Hollingsworth, Grayson Maxwell Gurnsey and many more.
But there are lots of new faces that will be staring in Virgin River season 2. Few months back there are announcements of various actors joining Season 2 of the show which includes:
The role of Nick will be played by Keith MacKechnie,Donald Heng as Geroge,Steve Bacic as wes, Thomas Nicholson will play Leo Cavangh and Carmel Amit as Jamie. There may be but this are the actors which will be staring in Virgin River season 2 Netflix.

According to officials the filming of the Virgin River season 2 has already finished in 17 December 2019. It can be released this year in 2020. They have completed whole filming of the show in approximately nine months.
So the fans who are worried whether the Corona Virus will affect the release date of Virgin River season 2 or not. Then you are all set as the filming is already finished and is likely to release in summer 2020.
But still recently there is no official statement by the creators of the series on the release date of the Virgin River Netflix season 2.

Where to Watch Virgin River Season 2?

The Season 2 of Virgin River will be streaming on Netflix whenever it releases. So you can watch the show online on Netflix or you can download and watch offline. You can also watch Virgin River Season 1 on Netflix now.

How Many Episodes Will be there in Virgin River Season 2?

So Virgin River season 2 will have 10 Episodes. In first season of the virgin river there where 10 episodes. They will be keeping the same episode count of 10 episodes in season 2 also.

Who Will Direct Episode 1 & 2 of Virgin River Season 2?

It is confirmed that Andy Mikita will be directing episode 1 and 2 of the second season.

How Many season of Virgin River are there?

Till now there is only 1 season of Virgin River which was released on 6 December 2019. Now the second season of the Virgin River series is ready to release.

Where is Virgin River Filmed ?

The Netflix’s Virgin River is mostly filmed in Vancouver, British Columbia, Canada and some scenes of the show were also filmed in Snug Cove, Squamish, Agassiz, and Port Coquitlam.

Where does Virgin River Takes Place?

Netflix’s Latest Romantic Drama is set in a small town named Virgin River in northern California. The series is based on a novel by Robyn Carr in book also it is set in Virgin River.

Is Virgin River a real town in California?

The Virgin River Is based on Novel by Robyn Carr in which the story is set in a Fictional Place called Virgin River. In the show they have tried to create the fictional town named Virgin River.
The location do exist in real but there is no such town named Virgin River.
We will be updating above given information as soon as we receive updates.
Share
Facebook
Twitter
Pinterest
WhatsApp
Previous articleWhat Lies Below Ending Explained! Plot & Story Behind
Next articleOne Punch Man Season 3:Release Date? What is The Plot,Casts,Characters[2020]

The Wheel of Time Season 1 Ending: Everything you should know! The...