Why Game of Thrones Season 8 Disappointed so much?

Season eight of HBO’s “Game of Thrones” has come to an end and a lot of people are really annoyed about how it played out. I’m going to break down the main reasons why fans were left so disappointed by what was supposed to be a fitting conclusion to one of the greatest ever TV shows.

Let’s start with the big one, The whole thing just felt like it was rushed. Everything in season eight seemed to be happening too quickly and it would often feel like three episodes worth of information was being crammed into one feature-length episode.

A side effect of this was that we weren’t able to enjoy the big pay-off moments in the way that we had done previously. 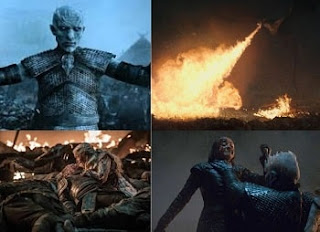 For example, In episode one of season eight, Jon rode Rhaegal, something that has huge significance, but it just happened and didn’t feel like a big event. And the reason is because it came halfway through an episode where Jon is reunited with Bran and Arya, Theon saves Yara, the golden company arrives in Westeros,
Ned Umber is killed by the white walkers, Jaime Lannister turns up unannounced at Winterfell and has a stare-off with Bran, and Jon learns that he is actually Aegon Targaryen.
This trend carried on throughout the season and lead to a lot of moments that didn’t get the treatment that they would have previously gotten, or deserved.

The early seasons of Game of Thrones were dialogue heavy, building up characters and there wasn’t much on-screen action, season eight and to some degree six and seven were not like this at all. 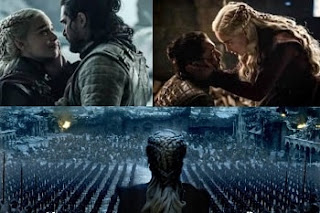 departures from George R. R. Martin’s books. But season 8 has had by far the most backlash, here’s why.Each and every character had been painted so vividly until this point and within six episodes some changed beyond recognition.

The downfall of Daenerys was so sudden that it was hard to take, and many fans of the show felt betrayed by it. If Dany becoming the mad queen was necessary, then that is fine, but it shouldn’t have happened so quickly.

I could have gone along with her downfall if I wasn’t subjected to just three episodes of her decline following the death of Missendei. Around Kings Landing and Dany decided to burn down the city anyway — killing thousands of people in the process — it just didn’t feel like the decision that the Daenerys we’d followed for eight seasons would make.

I think the foremost obvious anticlimactic moment from season eight should be the battle of Winterfell. Yes, the battle was large and cinematically stunning however it wasn’t what some Game of Thrones fans were hoping for. 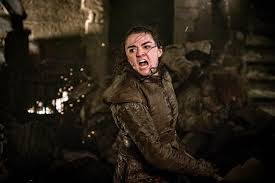 The story arc of the relative lovers was vulnerable quite once to finish in betrayal or murder, however within the finish, the 2 were killed by falling rocks whereas attempting to run far from Danaerys and Drogon’s  fire on the Red Keep gives  a touch little bit of a dissatisfaction.
Jon has had associate epic plot together with his true heritage discovered as Aegon Targaryen however it all came to nothing and he found himself back at Castle Black traveling with Wildlings.
Yes, arya did kill the Night King, but … Arya then travelled all the way to King’s Landing only to be convinced to leave after the Hound tells her she doesn’t want to be like him.

Since killing the Frey’s we have a tendency to ne’er saw Arya use her faceless training once more, that may have created for a few additional fascinating viewing than seeing her go away on a random white horse.

4. Changing of the Main Villain 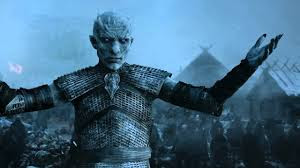 Finally, let’s talk about the changing of focus towards different villains. From episode three to six we saw three different main villains, the Night King at the battle of Winterfell, Cersei during episode four and five, and finally Danaerys in episode six. This quick switching between the antagonists was a little confusing and wasn’t helped by the lack of time we had for all of these events to sink in.
Advertisement

It became very clear in the later seasons that some characters really didn’t serve a purpose to the final outcome of the show, here are a few of them who got forgotten. 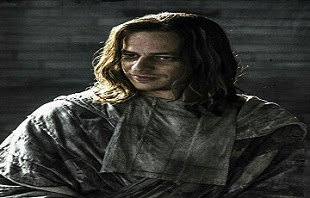 At the end of season seven, Ellaria Sand was left to watch her daughter die in front of her in the Red Keep. We never saw her or heard of her again.

Will Rhythm+Flow Return for Season 2? After its accustomed Season...
Read more
Entertainment

Below Deck Season 8 Releases Tomorrow! Everything you Should Know