Dermot Ward Game Of Thrones- Do you know? 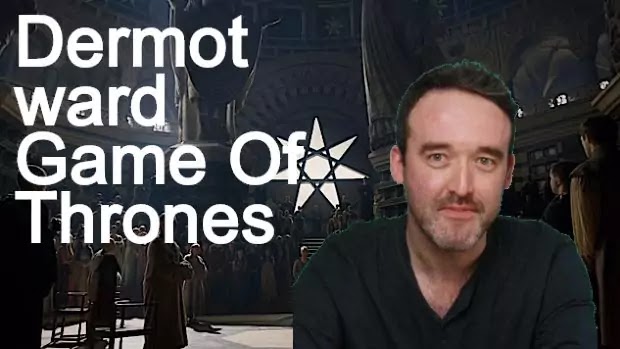 Dermot ward is an Irish actor who is best known for his acting in a Pure Mule (2005) which is a TV series. We have seen him as an attendant in 6th Season of Game of Thrones. Let’s see what else we know about him.

Height: 6 ft.
Eyes: Blue
Age: 40<
Hair: Brown
Birthplace: Ireland
Dermot Ward has worked in many TV Series like Game of Thrones, Children of Revolution, The Rumour Room, Pure Mule, We Watch You Watch and many more.
He has also worked in many films like The Green Sea, Chief O’Neil, The Angelus, Shooting the Director and many more.

What Role did Dermot Ward Play in Game of Thrones?

Dermot Ward has acted in many TV series, Films, Theatres before working in Game of Thrones.
He can be seen in the Sixth Season of Game Of thrones. Dermot played the role of Tommen’s (who is one of the main characters of GOT) attendant in the 6th season finale.

Something Borrowed Ending Explained: What happens with Dex?

Khabane Lame: Everything you should know about the 2nd...
celebs

Kanye West-Walmart Case: Everything you should know! Meanwhile, the knockoffs...
celebs

Kali Uchis: Everything you should know about the Pop...
celebs

Why the Rumors of Lil Wayne & Denise Bidot...