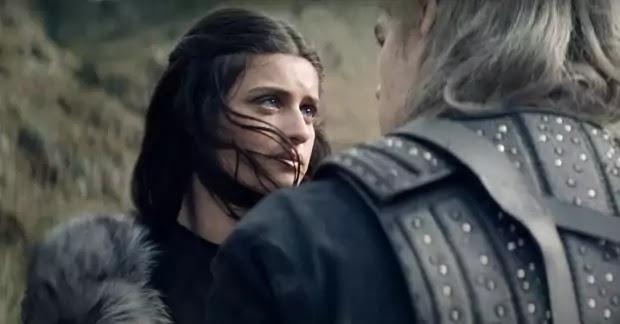 We have seen them making love but still there are many instances where we can see fights between then. Also Geralt leave her and head out on her Witcher-ing.

TheWitcher fans will know, in the series we have shown that Yennefer and Geralt are connected by destiny. Also Yennefer and Geralt love each other a lot. Yennefer has admitted his love for Geralt but because of some reasons he force herself to believe that she is not in love with him.

When is the First Time Geralt Express his Love to Yennefer?

There has been many instances where we have seen the love chemistry between Geralt and yennefer. We all will remember the party in Thanned, both Geralt and Yennefer where there at the party. That’s when geralt admitted his love for her and she did in return.

Yennefer also said that he has read geralt’s mind many times and she knows that he likes her but is not able to say it directly to her. Since geralt bounded destinies of him and yennefer in the Last Wish after that they were together for a long time.

Who is Geralt’s True Love?

Yennefer is the True Love of Geralt. In books it is shown that they are destined to be with each other. Yennefer also loves geralt more than anything else. But in series we have seen that yennefer was kind of shocked when he knows about the destiny connection with Geralt of Rivia.

Though she loves geralt a lot but we do not know why is keeps forcing herself in believing that they are together just because of the magic and not by Love. It is expected that we can see more twists and turns in the relation between them in coming seasons.

Does Yennefer Loves Geralt In The Books Too?

In The Witcher Series we have shown the love moments between geralt and yennefer but at the same time we have seen some scenes in which we can see that yennefer does not believes in their connection by destiny.

In The Witcher Book series it is shown that yennefer and Geralt loves each other and Connected by desnity. They also respect each other a lot as shown in the books. So it is possible that we can see more in the relation between Geralt and Yennefer.

Is Ciri daughter of Geralt and Yennefer?

The Ciri and Geralt are connected by fate. We have seen that in the end of Season One of The WitcherGeralt and Ciri found each other. But still we have not given clue that Ciri is daughter of Geralt or Yennfer.

We have shown in the series that Ciri is the daughter of Duny, the Urcheon of Erlenwald and Pavetta of Cintra. So clearly ciri is not the daughter of Geralt and Yennefer. It is because of their destiny they are connected.

Amazon is set to create a show starring Nicholas Cage. It...

1883 Season 1: Everything you should know! The latest American...
HBO

HBO’s Scenes from a Marriage Review!

Scenes from a Marriage Review: Everything you should know! Scenes...
Web series

After Life Season 3 Ending Explained: What happens with Tony & Lisa?

After Life Season 3 Ending: Everything you should know! After...
HBO

Station Eleven Review: Must give it a try!

Station Eleven Review: Everything you should know! The station is...