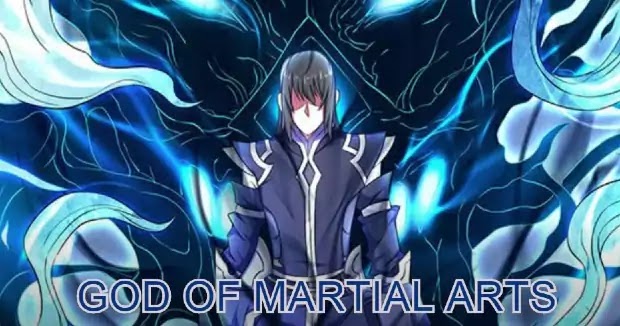 God of Martial Arts manga/manhwa is one of the most popular manga series. It is based on the web comic of the same name. The story of God of martial arts is set in a fantasy world where the martial arts skills of a person is everything he needs to gain big status in this world.

In this world where you skills of martial arts decide your destiny whether you live or die everything depends on martial arts. Even if you are born in a strong martial arts clan but if you are weak you will be thrown out mercilessly. In God of Martial arts manga everyone fights with each other for the title which you get if you are strongest.

The story of manga/manhua God of Martial Arts follows the character named Li Fu Chen who is one of the protagonist in the manga. He somehow lost his powers and now he if forced to live a miserable life by the people who were once closed to him. But then somethings happens that might change the life of Li Fu Chen.

We get to see a lots of main characters with many different skills and abilities in the manga. The main characters includes Martial artists and assassins like Lin Feng, Liu Fei, Meng Qing, Duan Feng, Han Man, Jing Yun, Wen AoXue and many more.

Some characters are very popular amongst the fans of the god of martial arts novels, manga, and manhua. The storyline of some characters like li fuchen are really very interesting and is worth a watch.

Is God of Martial Arts and Peerless Martial God Same?

The Peerless Martial God is a novel on the basis of which God of Martial Arts Manhua/Manga was made. It was released on 2012 and the novel is written by popular artist Jing Wu Hen.

The novel has 2500 twenty five hundred Chapters. God of Martial arts is the Manga/Manhua based on the Chinese novel named Peerless Martial God.

What Happens with Li Fu Chen in God of Martial Arts Manga?

Li Fu Chen lives in a world where respect is earned on the basis of how good you are in martial arts. Due to some reasons li fuchen lost his martial arts skills. Since he lost his powers he was being bullied by his clan members and other people also.

As in this world martial arts skills is everything. He was also trashed by the people who were once weaker than him in martial arts. His life become miserable. He has to face some other problems also after he became weak which also affects his family.

He was about to be engaged with a strong and beautiful girl. The girl belongs to a rich and powerful family. If he has married with her he would have been able to live a good life, but since he has lost all his powers he was considered weak. And that’s why the engagement of Li Fu Chen was cancelled. That not only hurts him a lot but also his family had to face many problems because of this.

Raising Dion Season 1 Ending Explained: What it means for Season 2?

Raising Dion Season 1 Ending: Everything you should know! Rising Dion is...

Kataro Lives Alone Season 2: Everything you should know! Kotaro...
Anime

Kotaro Lives Alone Season 1 Ending: Everything you should...
Anime

The Legend of Vox Machina Season 2: Everything you...
Anime