Is Blast Stronger Than Saitama? One punch man manga-moviespotify 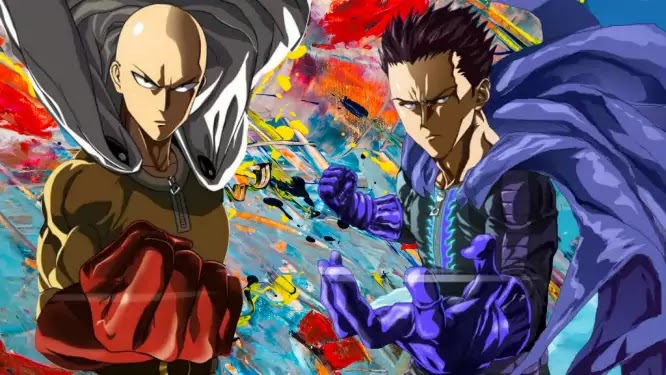 Sitama vs Blast One punch Man Who is Stronger

Blast and Saitama are some of the most powerful anime characters till now and are both from One Punch Man. Some fans say Blast is stronger while some say Saitama is stronger.
Some even said that both are equally powerful. So to decide which character is more stronger from One Punch Man we first have to consider many theories and fights fought by both the superheroes.
According to us Blast is more powerful than Saitama. We know that Saitama has gained his powers through vigorous training But many fans says that gaining so much powers by just workout is not possible.
There is a fan based theory that the Blast and Saitama are related. It states that Blast must have seen Saitama doing the Intense Training and given his powers to Saitama as he is a good man and can be a possible successor to Blast’s powers.
Another theory suggest that Blast and Saitama are same. Saitama forgets that’s he is Blast as he undergoes intense training for many years and the intense training is the reason why he lost his hair and now he is bald.
So if it is correct then the blast was the past of Saitama after which he undergoes training and become Saitama. If it is so then Saitama is powerful than Blast as he become stronger after the training.

We know that Tatsumaki who is the most powerful character shown till date says that she consider Blast as the only one stronger than her. So from this fans can get an idea about how strong Blast really is.
Though we have not seen face-off between Tatsumaki and Saitama it will be difficult to decide to will win the battle.

Both Blast and Saitama have fought the same enemy Elder Centipede, Blast was not able to kill the centipede but he injured him and then after some time the Elder Centipede comes back and at this time Saitama defeat centipede badly.
So based on this many fans say that Saitama is Powerful than Blast. But we cannot decide who is stronger based on this as the Elder centipede was injured by Blast that’s why for Saitama it is easy to compete with Centipede.
Also it is said that the Blast is related to Saitama. The Blast is the father of Saitama and Saitama is the son of Blast. Blast has given his powers to Saitama so that he can carry his powers and help people after him.
So after taking multiple theories in consideration and on the basis of the fights which are fought by Saitama and Blast with the same enemy, it can be said that Blast is stronger than Saitama.
Share
Facebook
Twitter
Pinterest
WhatsApp
Previous articleOne Punch Man Season 3:Release Date? What is The Plot,Casts,Characters[2020]
Next articleDermot Ward Game Of Thrones- Do you know?

Kataro Lives Alone Season 2: Everything you should know! Kotaro...
Anime

Kotaro Lives Alone Season 1 Ending: Everything you should...
Anime

The Legend of Vox Machina Season 2: Everything you...
Anime