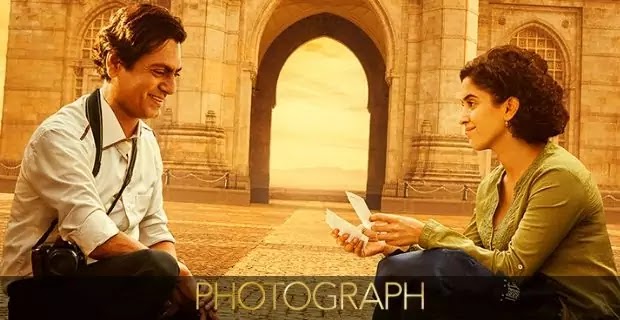 RiteshBatra’s Photograph was released on 2nd August 2019 in many cinemas of United Kingdom. The film has received a lots of love from UK, India and many other countries.

Photograph is a romantic-drama movie whichStars the talented actorNawazuddin Siddique.RiteshBatra marks his return with the movie photograph. The illustration of the movie said to be the best as compared to recent other good movies.

The story of the movie is similar to many other films but it still makes her way to be different from them. Photograph is a very touching movie and mainly focus Rafi who is a local photographer in Mumbai.

Rafi shows that photo to his Grand mom and tells her that it’s his fiancé. But later this lie keeps on stretching and rafi has to ask maloni to act as her fiancé to full his grandmother.

Then the movie goes a lot deeper. It shows that Maloni suddenly sees the photo of her taken by Rafi, and she sees some other in the picture, someone who is happier than she is now.

Then we also see about the dreams of maloni want ing to be a model and rafi makes her feels like she is really a model. Maloni really enjoys her new life which rafi made for her. She feels like her dream of becoming a model finally comes true.

The Photograph movie was released in UK after its release everyone can be seen posting on social media about the movie starringNawazuddin Siddiqui and Sanya Malhotra.
The movie mostly focus on the fact that Every day is a memory and we must save those memories after while living it so that we can cherish our selves when we will look to it in future.
The movie also gives a message that if you have found the one you are looking for like the true love of your life then that can be a happy ending of our life, it does not matter what happens next you have someone who will be with you. Thus the movie covers some deep thoughts that we rarely get to see now a days.
So if you are looking for something different then it is a must watch movie. Surely after watching the movie you will be thinking about it days after you have watched the movie PHOTOGRAPH.

Is Photograph Movie Based on a True story?

The movie Photograph manages to give a different experience than many other movies now a days. The story of the movie is so touching that it seems like it is some ones true story. But it is not a based on true story yet some of the scenes are based on the experiences of the real people.
Share
Facebook
Twitter
Pinterest
WhatsApp

What Happened to Monday Ending: Everything you should know Tommy...
Read more
movie

Outside the wire: Everything you should know By the time...
Read more
movie

Disney’s Cruella Latest Release Updates & Everything About The Movie

Cruella: Everything you should know about the Upcoming Disney...
Read more
movie

Locked Down Ending: Everything you should know In 'Locked Down',...
Read more